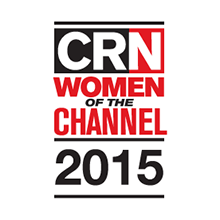 Kirsten Lee Young (vice president of worldwide channels) and Maria Jacobson (director of worldwide channel marketing) named to the prestigious 2015 CRN Women of the Channel list. Young and Jacobson have made a significant impact in advancing A10 partnering sales and marketing strategies, as well as programs that enable the company’s channel community to capitalize on high-growth opportunities with its next generation of application networking and security solutions.