Overcoming the Challenges of IPv4 Exhaustion

As hundreds of regional communications service providers rush to deploy broadband and add thousands of new subscribers to their networks, they face a long list of tasks and budget items to be addressed. Much of the budget and buildout schedule will focus on the physical deployment of the fiber (FTTH) or wireless access. However, back in the core network, one of the important decisions—and one that needs to be made early in the planning process for a network buildout or expansion—is how to approach IP connectivity. Given the exhaustion of IPv4 addresses, and the cost and complexity of migrating from IPv4 to IPv6, operators need to think carefully about how they will provide an IP address for every customer. After all, a network won’t run without IP connectivity.

This isn’t just a technical decision. The choices made now can make a 15 percent difference in annual operating expense, with a direct impact on how effectively the business will be able to grow and scale over time. In this blog, we’ll discuss the issues and options around IPv4 exhaustion, including whether to acquire additional IPv4 addresses, the feasibility of migrating to IPv6, and how operators can address the co-existence of IPv4 and IPv6 within their existing network infrastructure.

Why IPv4 Exhaustion Is an Issue

In a sense, IPv4 exhaustion results from the internet being too popular for its own good. When the IETF introduced the standard in 1981, the more than 4 billion addresses it encompassed seemed more than ample. Within a decade, though, it had become apparent that far more would be needed. IPv6, a successor specification introduced in 1998 and ratified as a standard in 2017, can accommodate virtually unlimited IP connectivity. However, making the transition from IPv4 to IPv6 has proved anything but simple. Due to a lack of backward compatibility, IPv6 compatibility is required across every element of communication: devices, networks, and content. With IPv6 adoption uneven in all these elements, communication service providers must continue to support customers’ connectivity to IPV4 resources regardless of their plans for migrating their own infrastructure to IPv6.

As they face this complex situation, operators have three basic choices. They can seek to acquire IPv4 addresses to expand their existing pool. They can try to accelerate their IPv4 to IPv6 infrastructure conversion while applying a transition technology to address uneven adoption. Or they can extend their existing IPv4 investment while planning for migrating to IPv6.

Many regional or rural broadband communications service providers have built their networks on IPv4, simply dedicating a public IP to each subscriber or household served. Now, as these operators expand their coverage to previously unserved areas, acquire new subscribers through acquisition, or respond to increased demand for upgraded broadband access from existing subscribers, they are finding that their allocation of IPv4 addresses will soon be inadequate. And the faster their subscriber base grows, the larger and more urgent their IPv4 exhaustion challenge becomes.

This is the challenge that faced Shenandoah Telecommunications Company (Shentel), a U.S. broadband provider offering cable, fiber, and fixed wireless service across parts of Virginia, West Virginia, Maryland, and Pennsylvania, as they grew. Having been awarded funding in the FCC’s Rural Digital Opportunity Fund (RDOF) auction and leveraging the FCC’s Emergency Broadband Benefit (EBB) program subsidizing internet connectivity for low-income Americans, the company was already pursuing an aggressive growth strategy. Then in 2020, customer demand grew far beyond anticipated levels. As the rural broadband provider’s customers began working, playing, and learning at home during the COVID-19 pandemic, traffic over all the company’s transit links more than doubled from the previous year. In response, Shentel worked quickly to upgrade its transit services, backhaul traffic into various markets, and reconfigure its network devices to achieve greater bandwidth—but a more scalable long-term solution would be needed.

As communications service providers consider their options for IP connectivity, they need to take into consideration the long-term growth of their subscriber base and its economic implications. This is especially true if they choose to buy IPv4 address blocks—an approach that can quickly become expensive.

In some ways, it’s not true that we have run out of IPv4 addresses; in fact, there are IPv4 addresses available to be acquired, mostly through third-party brokers. Technically, IPv4 addresses are not bought or sold, they are acquired from a third party (usually at an auction price), then assignment is transferred through a regional internet registry (RIR). However, they’re not cheap, and their quality can be questionable. Since 2015, when IPv4 addresses could be acquire for about $6 each, the price has skyrocketed 5X. On today’s open market, IPv4 addresses cost up to $32 each, or $320,000 to support 10,000 subscribers. With an annual growth rate of 23 percent over the past three years, this price could nearly double by 2023 to almost $60 per address, or $600,000 to support 10,000 subscribers.

Even at the current price, $320,000 is a lot for a fast-growing communication service provider to spend on IP connectivity. Consider that the capital budget for a fiber-to-the-home (FTTH) location is roughly $1,800, the operator could build out 178 more locations for the same amount of money—and accommodate that many more subscribers.

For Shentel, costs of this magnitude were a significant concern, as was the lengthy process required to transfer assignment through the RIR. Shentel also had to make sure that the acquired addresses hadn’t been used for malicious purposes or placed on a blacklist—a situation that could lead an unsuspecting customer’s services to become unavailable.

What about Migrating from IPv4 to IPv6?

While migrating to IPv6 will likely be inevitable in the years to come, for large enterprise and regional SPs with extensive legacy infrastructure, full conversion from IPv4 to IPv6 is often not practical in the short term. This is a long, costly, and complex process that can involve inventorying and evaluating all existing network elements and devices; reconfiguring routers; changing out incompatible customer premises equipment (CPE); and managing customer communication. There are ample opportunities for things to go wrong along the way, bringing the requirement for extensive testing and troubleshooting to reduce risk.

For Shentel, the compatibility issues posed by migrating to IPv6 included not only CPE such as outdated customer-owned DSL or cable modems that would need to be replaced at its own expense, but also back-end integrations for its customer experience and billing systems. While Shentel does offer IPv6 for fiber services, the company preferred to avoid a wholesale replacement of its IPv4 infrastructure in the near term.

Given the problems posed by either buying IPv4 addresses or attempting a full IPv6 migration, many rural and regional broadband providers are turning to the third option: extending their existing IPv4 investment while preparing for migrating to IPv6. This approach hinges on carrier-grade NAT (CGNAT), a technology that makes it possible for one public IP address to be shared across multiple subscribers, most commonly at a ratio of 32:1 or 64:1.

Developed specifically to address IPv4 exhaustion, CGNAT helps service providers extend the life of existing IPv4 network infrastructure without the need for acquiring additional IPv4 addresses. CGNAT, combined with one of the many available transition technologies, can help operators make a simultaneous and seamless IPv6 migration.

For Shentel, CGNAT makes it possible to map each 16,384 customer IP addresses to only 256 public IP addresses—a dramatic expansion of its capacity at an enormous cost savings compared with the open market. For use cases that can pose issues for CGNAT, such as certain games, VPNs, security systems, and cameras, Shentel provides a separate pool of dynamically allocated public addresses to ensure a good experience for every customer. Shentel found the setup process and learning curve for its CGNAT solution to be simple and issue-free, with no adverse effects on the rest of its infrastructure, thus overcoming the concerns of some networking professionals leery of adding any new elements into the network.

Having solved the issue of IPv4 exhaustion, Shentel can pursue its strategy for rapid growth. The company plans to expand its fiber services from 46,000 locations today to 300,000 by 2026, in addition to 215,000 locations served by its fixed wireless network. 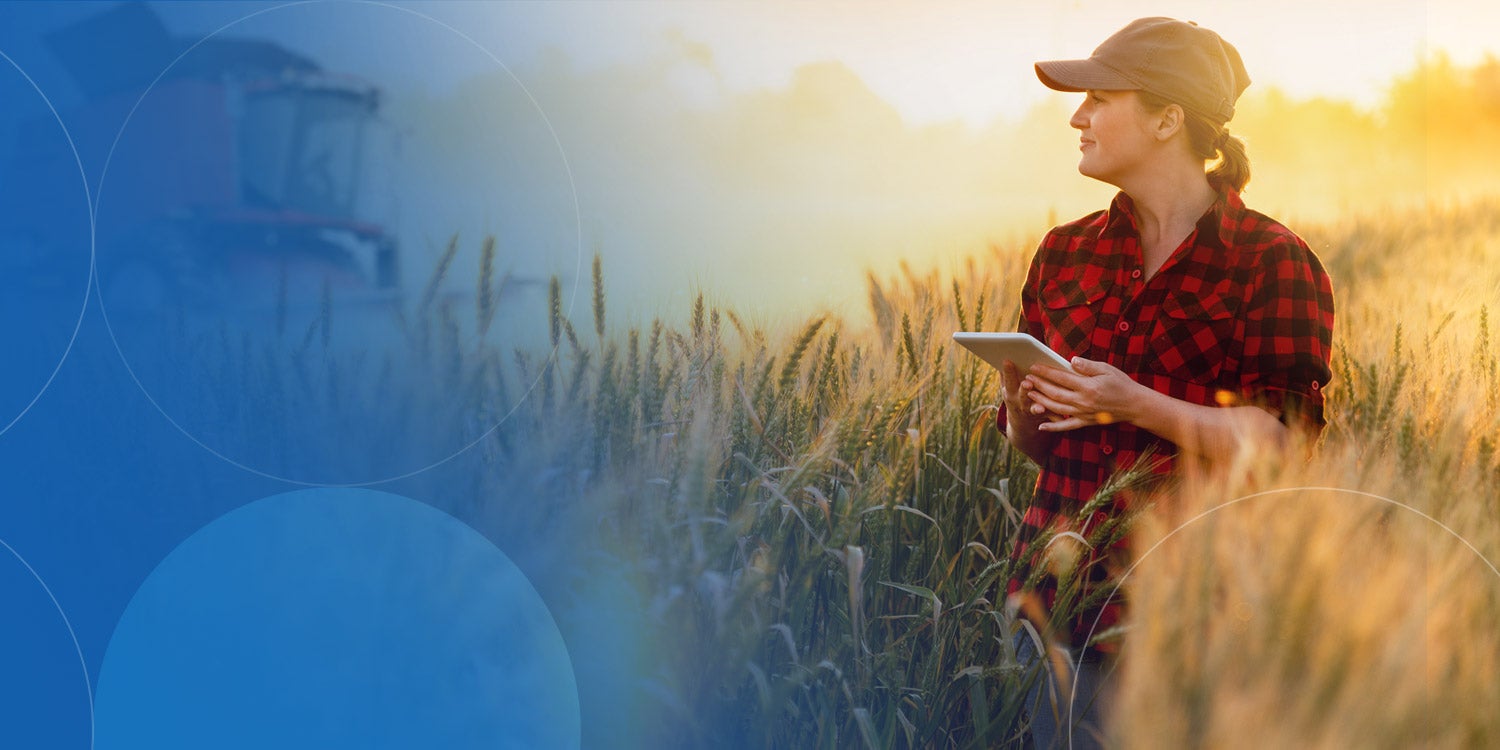