The first phase of 5G build-out is now well underway in major markets around the world. Increasingly, the big mobile service providers and some new entrants, as well, are in the midst of their first 5G deployments or will begin them this year. Mobile operators say their industry has made rapid progress toward 5G deployment over the past 12 months, especially in major markets. And while the initial implementations are non-standalone 5G, which takes advantage of existing 4G core networks, fully virtualized/cloud-native or standalone 5G is already on the drawing board.

Meanwhile, cybersecurity remains one of the primary concerns of mobile service providers. Carriers believe 5G security and the hyper-critical IoT-related use cases that will run on them should be fundamental to network design and deployment.

Those are among the key findings of new survey of mobile service providers just published by the Business Performance Innovation (BPI) Network in partnership with A10 Networks. The global survey of more than 100 business and technology leaders, predominately from mobile carriers, demonstrates just how rapidly the industry is moving toward 5G.

You can download the report, called “Toward a More Secure 5G World,” on the A10 Networks website.

This latest study follows another survey of mobile operators conducted a year earlier by the BPI Network in partnership A10. Respondents indicate there has been significant progress toward commercial deployments over the ensuing 12 months. In the survey conducted a year ago, 26 percent of respondents said they were “moving rapidly toward commercial deployment.” This year, 45 percent say they are at that point. Three quarters of all respondents now say their companies are at least in pilot testing. Seventy-one percent say they will begin commercial deployments in the next 18 months, including 32 percent who say they have either already begun or will start network build-outs in 2020.

Most early adopters are concentrating first on implementing the already approved non-standalone 5G (NSA) standard. Nevertheless, some are planning to move directly to standalone 5G (SA), and many (35 percent of respondents) are already proactively planning for SA. Indeed, major carriers, including T-Mobile, AT&T and Verizon, are reportedly planning to deploy standalone 5G in the next year or so.

Progress Toward Cloudification and Cloud-native Infrastructures

Non-standalone 5G, of course, shares existing core network infrastructure with 4G, while SA will require a whole new network core that fully utilizes a cloud-native, service-based architecture, with virtualized network functions and cloud-based, software-defined networking. Standalone 5G and full cloudification of the network core will bring significant advantages in terms of lower latency, faster delivery of new services, and flexibility through network slicing that will be important to many next-generation use cases and applications.

From huge upfront investments to major cybersecurity concerns, 5G networks present significant challenges and potential risks for operators and society as a whole. Respondents point to a wide range of 5G challenges. The top three are the heavy cost of network build-outs (59 percent), network security (57 percent), and the need to develop new technical skills (55 percent). Another frequently mentioned challenge is lack of 5G-enabled devices (42 percent).

5G security clearly continues to be a major issue and requirement for networks in the minds
of respondents. Security is cited by respondents as a top requirement for 5G networks, nearly on a par with network reach and coverage and just ahead of capacity and throughput. Virtually all respondents (98%) expect growth in network traffic, connected devices, and mission-critical IoT uses cases to significantly increase security and reliability concerns for 5G mobile operators.

A major concern for operators is, of course, realizing a return on their heavy investments in next-generation networks. The high cost of network build-outs is cited by survey respondents as the number-one challenge for 5G. Uncertainty about new use cases and investment payback is cited as a concern far less often, but 20 percent of respondents point to payback and new uses cases as one of the top-three challenges of 5G.

During the first phase of 5G deployments, operators believe enhanced mobile broadband, i.e., high-speed connectivity and better mobile connections, will be the main revenue driver and service offering for 5G. Nevertheless, Internet of Things (IoT) use cases like industrial automation and smart cities are also seen as opportunities for early 5G deployments. IoT use cases and devices are indeed growing rapidly. According to Gartner, enterprise and automotive IoT will grow to 5.8 billion endpoints in 2020, a 21 percent increase from 2019.

Looking out a few more years, respondents see a variety of use cases becoming equal drivers for 5G. In fact, respondents predict that, in five to six years, smart cities, connected vehicles and high-speed connectivity will be virtually tied as the main use cases driving 5G revenues and usage. Smart manufacturing will also continue to be a major driver of 5G usage, respondents believe.

Toward a More Secure 5G World

The industry has made great strides in global deployments of 5G networks. But where are we headed? This global survey of communications service providers and others in mobile networking to explore industry intentions, priorities and concerns about 5G, including 5G security. 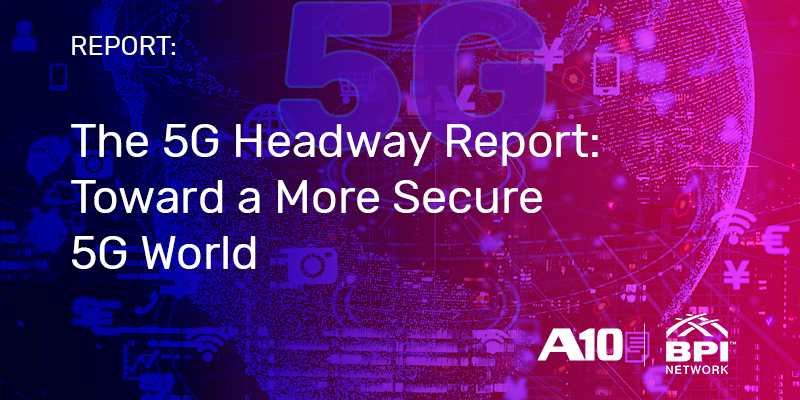