Malware is harmful software or firmware that infects computers, servers and networks. Once infected, the malware takes control of network devices with the purpose of data exfiltration, from full intellectual property theft to keystroke logging or even taking control of a system’s functionality, like that of a web camera.

How A10 Networks Assists with Malware Protection 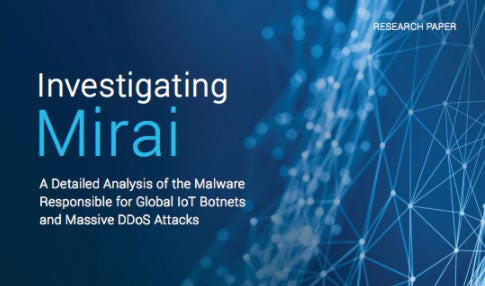 It starts with Mirai. It’s a new and clever malware that takes advantage of lax security standards in connected smart devices – also known as the Internet of Things (IoT) – to build massive botnets that are able to deploy DDoS payloads that surpass 1 Tbps throughputs.