Support of the open-source community is a key plank in an organization’s evolution to be an agile, cloud-focused business. Open-source technologies reduce the financial barrier to consuming technologies that enable business logic and strategies.

Code contributions to open-source communities directly reflect a corporation’s relationship with open source, but you may have to look beyond pure numbers to understand any organization’s true motive.

Most interactions can be classified with the same scrutiny as ecological relationships in biology. Corporations that support open source become well known in the communities based on their ability to contribute. However, there are many times that this relationship is an ambush set by the super predator corporation.

Let’s explore the analogy further. In some communities, such as OpenStack, there are many well-known players. Corporations do influence the direction of open-source projects. After all, it is mostly corporations that hire employees who work on open-source projects. Lines of code are sometimes contributed to gain a competitive advantage by shaping community thoughts via the sheer number of participants involved.

But a peer-based system of checks and balances helps monitor power. Open source is not only a leveling mechanism for smaller corporations, but also for corporations that have been charged large sums of money by vendors for “innovations.” This is especially true in the networking space, where barriers to entry historically cost millions of dollars just to spin out an ASIC prototype.

With an x86 “white box” in a software-defined world, these barriers are reduced. Software-centric designs, such as application delivery controllers (ADC), have open-source counterparts that create market pressures on vendors to add value, build capabilities and progress technologies faster than the communities. The value chain is forced to lengthen and consumer corporations benefit greatly.

A10 thinks about open source differently than most of our peers. We’re careful to protect and nurture our relationships with open-source communities. A10 has been influencing a contextually appropriate commutative and mutualistic relationship for LBaaS since Havana.

This has not been a standalone effort by any stretch. This dedication — and, specifically, the commutative relationship A10 has fostered with the community — can be seen by continued support of OpenStack LBaaS through the lines of code contributed without taking away the purity of open-source. It’s important to us.

For example, one of the biggest problems with the ADC market is friction associated with the APIs vendors provide. Tooling changes to integrate a vendor can take months. A10’s contribution to OpenStack LBaaS directly helps prevent vendor lock-in. This is beneficial to all parties seeking value and not brand when selecting preferred ADC technologies.

It’s well known that OpenStack is one of the world most anticipated and controversial open-source projects. OpenStack’s adoption grows as corporations work to discover a new path forward for their infrastructure.

A10 recognizes that ADCs continue to be a critical component of application infrastructure, regardless of the cloud vendor. Beginning in 2012, A10 made a strategic decision to invest in OpenStack. It first began in San Jose, Calif., in meetings with experts from the LBaaS and Advanced Service VM discussions. From Silicon Valley to Hong Kong, A10 traveled the world and participated in the OpenStack community with genuine dedication. Why?

A10’s commitment to OpenStack is driven by the belief that choice drives innovation. It’s a mutual aspect of the company’s efforts. The commutative aspect is the contribution of code that all organizations and users —  including direct competition — may integrate into their own projects.

Simply, this helps ensure technical specifications are vendor-agnostic and will continue to provide choice and flexibility to OpenStack adopters. 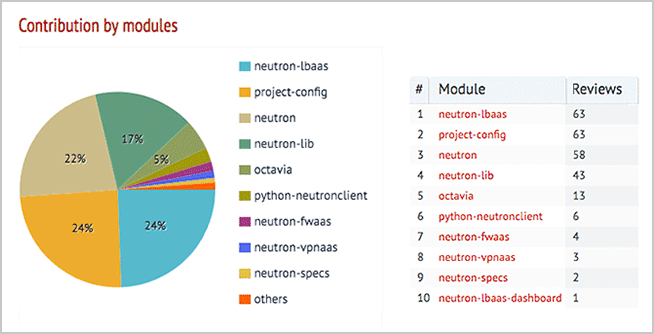 As an active contributor to Neutron, A10 is proud to help facilitate, review and manage specifications and requests for feature enhancements (RFE). Our members helped lead initiatives to split advanced services — specifically features such as LBaaS, FWaaS and VPNaaS — into their own sub-projects. These sub-projects introduce standalone libraries of common routines to ensure other projects leveraging Neutron are more stable and effective.

Of all Neutron sub-projects, software load balancing (48 percent), distributed virtual routing (46 percent) and DNS resolution (41 percent) are most popular (or being planned) among OpenStack developers, according to the April 2016 OpenStack User Survey.

While this is an ongoing and evolving effort, A10’s pledge will grow in scale and involvement. We’re proud of where we are, but there’s still much work to be done to not only advance OpenStack projects, but all open-source movements.

Mike is in the office of the CTO at A10 Networks. As principal architect for application delivery controller (ADC), cloud and security products, Mike is involved with research, development and strategy for the technology groups. He has spoken at DEFCON, Interop, NANOG, Internet Society and more. With an engineering career that spans 20 years, Mike is an authority on network design, application delivery, cloud architecture and security. A long-time proponent of open-source initiatives, his leadership and networking acumen have been trusted in many industries, including financial technology, service provider and the enterprise. Read More