In the eyes of DDoS attackers, the more data centers a company has, the more of a gold mine it is: In the 2018 IDG DDoS Report, we found that companies with multiple data centers experience larger and more frequent attacks than those with fewer data centers.

But why are data centers such optimal targets for DDoS attacks, and what types of attacks are they most susceptible to? Read on to find out.

It’s important to note that this difference in DDoS attack size and frequency is far from insignificant. 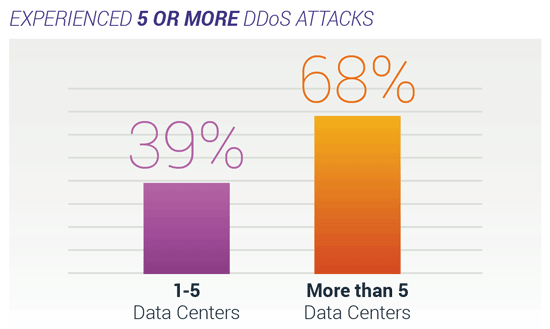 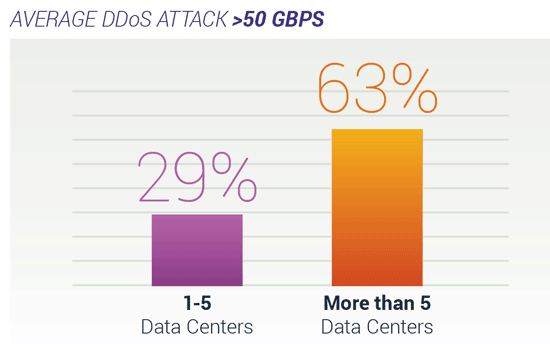 Why this stark discrepancy in frequency in size? It all comes down to ease of access.

Think of it this way: If a bank robber found a bank with multiple vulnerable vaults in multiple locations, it would be much easier for them to rob the same bank again and again than it would be for them to find a new bank.

The same principle applies to DDoS attackers. Once an attacker has identified a vulnerable target with several different data centers that are all ripe for the picking, they’re likely to keep repeatedly targeting that same group of data centers.

Plus, companies with multiple data centers will likely struggle to fully implement new security measures between subsequent DDoS attacks. This presents an ideal opportunity for attackers to exploit a company’s lack of comprehensive security over and over again.

Unfortunately for those companies, data center downtime can be financially devastating. 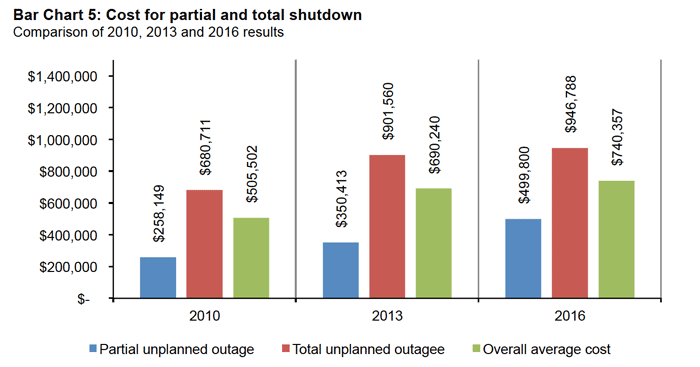 Small- and medium-sized businesses (SMBs) aren’t exempt, either: A 2017 survey from Information Technology Intelligence Consulting found that just one hour of downtime costs $100,000 for 47 percent of SMBs in any industry.

Knowing this, it’s clear that DDoS attacks can cause a significant loss of revenue for a great number of organizations.

Most Common Types of DDoS Attacks

While the frequency of all types of DDoS attacks has risen significantly since the previous IDG DDoS Report, UDP flood attacks are leading the way by a large margin.

UDP fragment attacks are similar to UDP flood attacks except the packets being sent are fragmented, meaning that they’re bigger than normal packets. This allows attackers to achieve similar results with fewer packets.

Given that UDP packets flow directly through the data center, companies with multiple data centers are particularly vulnerable to the most popular types of DDoS attacks.

To successfully defend themselves, companies need to first be aware of the risks associated with having multiple data centers. Then, they must identify solutions — ideally on-premises — that can provide the comprehensive DDoS protection they need.

To learn more about the complex threats faced by companies today, as well as find out how you can better protect your organization, read the full 2018 IDG DDoS Report here.