Although there are now more DDoS protection solutions available than ever before, companies still tend to face a few major hurdles with DDoS defense.

From attack complexity to a lack of granular control, the challenges that organizations are up against are as varied as they are difficult.

Here, we’ll look at the top-seven DDoS protection challenges according to the new 2018 IDG DDoS Report:

Let’s take a closer look at these challenges and how companies can best overcome them.

According to the IDG survey, these are the top seven DDoS protection challenges faced by companies. 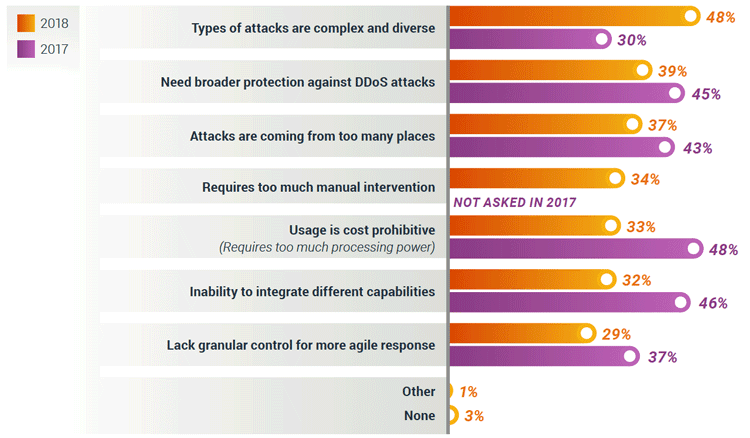 In 2018, the three biggest challenges were:

By comparison, the three biggest challenges in 2017 were:

Note that two of the three biggest challenges in 2018 had to do with the attacks themselves (too complex and diverse and coming from too many places), while in 2017 all three had to do with DDoS protection solutions.

From this, we can glean that companies are now happier with their solutions than they were in 2017 but are still struggling to keep up with the constant growth of DDoS attacks in terms of both size and frequency.

This is backed up by other data from the report: Eighty-three percent of respondents rate their current solutions as either very or extremely effective. 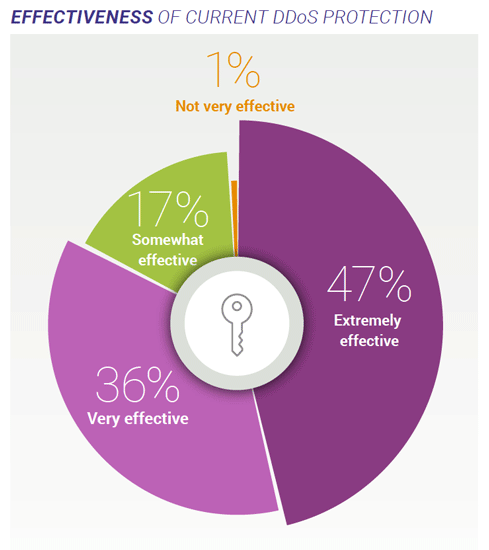 Despite that, 70 percent of respondents are either very or extremely likely to consider a change to their current DDoS solution. 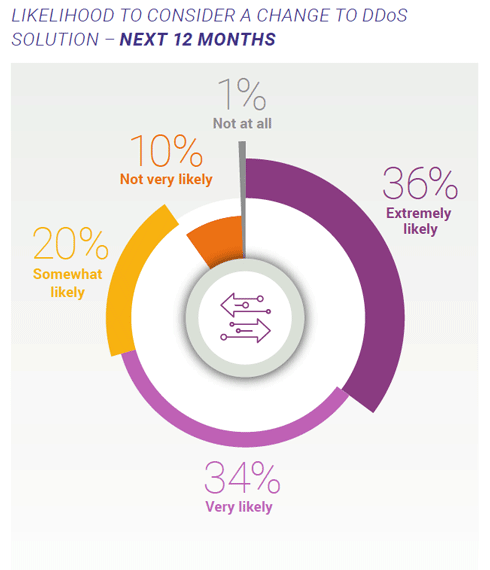 Unsurprisingly, the more attacks a company had experienced, the more likely they were to consider a change. 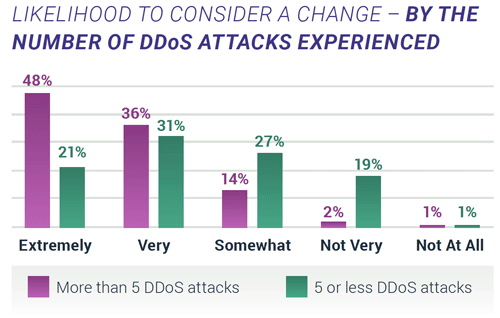 Together, this information indicates that organizations are now more satisfied with their DDoS solutions than they have been previously but are still willing to think about making a change in the face of larger and more persistent attacks.

How to Overcome DDoS Protection Challenges

To uncover how to tackle the most common obstacles to DDoS protection, let’s look at what most companies are looking for in a DDoS solution.

The report found that the most desired capability by far was automated detection and mitigation (25 percent), followed by expansive policies for protected objects (16 percent). 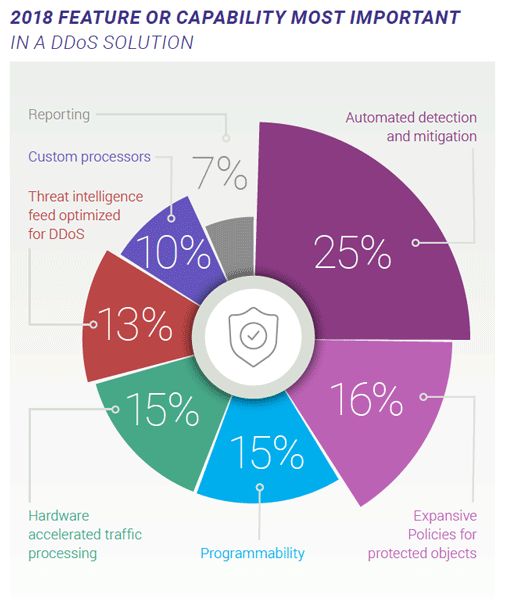 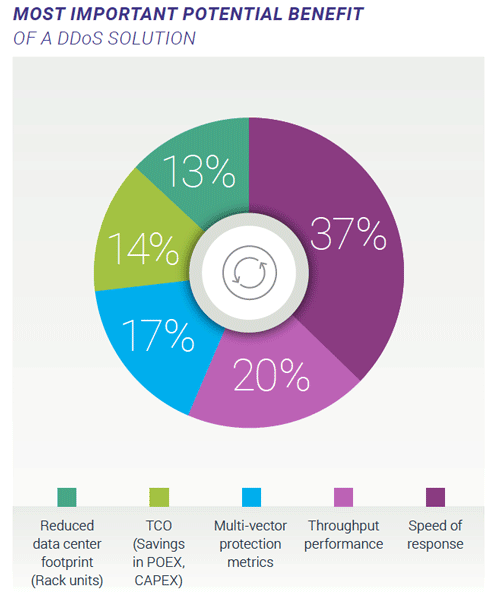 Given that automation can help save precious time during a DDoS attack, it makes sense that both response speed and automated detection and mitigation top companies’ most-wanted lists.

Even though companies are grappling with complex and diverse attacks, a lack of adequately broad protection and attacks coming from too many places, automated solutions with expansive policies can make those challenges manageable.

To learn more about the top DDoS protection challenges faced by companies today (and how you can overcome them), read the full 2018 IDG DDoS Report for free.

Learn more about our DDoS detection and mitigation products.

Security Predictions for 2015: #5 – POS Systems Will Continue to Be under Fire, but Smart Cards Will Come to the Rescue

Cybersecurity and Outrunning the ‘Zombie Marathon’