What is IoT Telemetry?

This article describes telemetry – the technology of collecting and receiving data from remote sensors or data collection systems. The market is exploding with new telemetry systems in the form Internet of Things (IoT) devices and billions of devices are being deployed worldwide.

The term telemetry is used for technologies that measure and collect data from remote locations and transmit this data to receiving systems for monitoring and analysis. Traditional examples of telemetry are:

Telemetry provides the ability to access data from remote locations. Very often, these locations are difficult or expensive to get to and have limited access to power and physical networks.

The rise of IoT is bringing about a market revolution. One of the biggest use cases for IoT is connected devices and remote management and monitoring – or telemetry. Some of the technologies converging to drive IoT market growth include:

The IoT market is expected to be between $2.5 to $3.7 trillion worldwide. 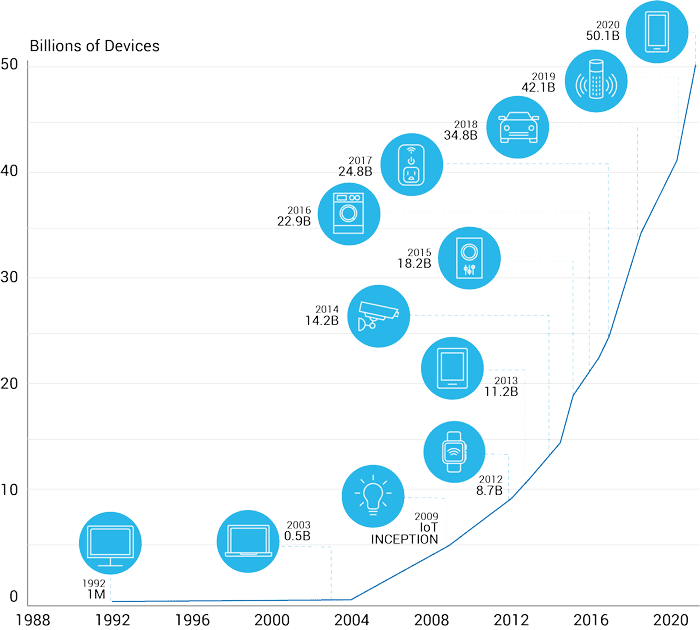 The number of IoT devices deployed will be over 50 billion in the next couple years of the publication of this article (2019). And the use of telemetry technologies has grown exponentially from 1850 to today.

IoT telemetry communications between the devices and the receiving system are performed by several protocols. Each protocol has benefits and flaws.

An IoT telemetry architecture includes the components shown below.

A10 Networks provides products for high-performing network and security systems that process millions of concurrent sessions in real time. A10 Networks’ customers include the largest network carriers and cloud service providers in the world.

A10 Networks has unique competitive advantages for 5G infrastructures: