Think of a scenario in which an e-commerce application is running in a data center and suddenly a few items become popular and a lot of users start viewing and trying to purchase them. Without warning, traffic to the website increases and response times become slower due to the load on servers. The only solution now is to scale the server infrastructure by provisioning more servers to handle the increased traffic. But provisioning new servers on-the-fly is not an option in a data center. Enter public clouds come as savior. With public cloud services like AWS, you can launch the new server and route the additional traffic to it.

Cloud bursting leverages a hybrid cloud model. The advantage of a hybrid cloud deployment is that resources can become available on-the-fly and an organization only pays for the extra compute resources they consume.

Learn more in this presentation:

Cloud Bursting with A10 Lightning ADC from A10 Networks 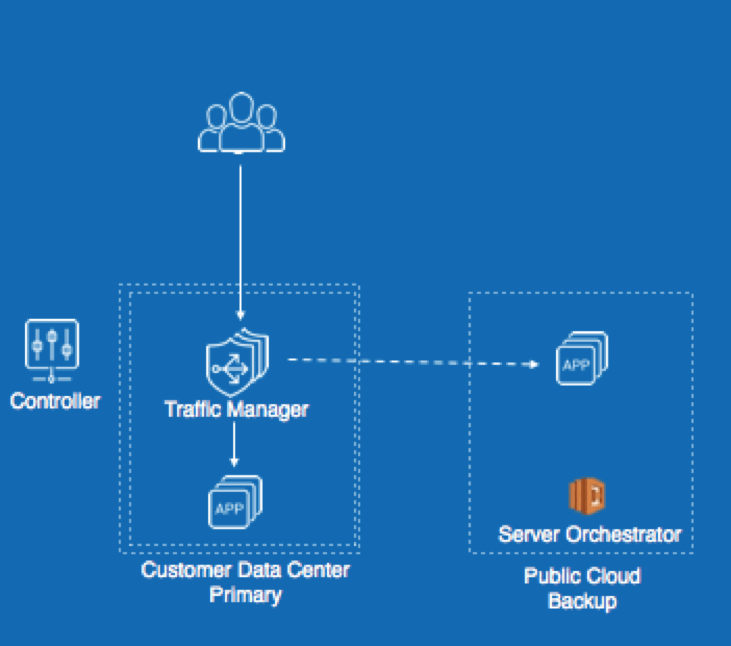 The foundation of this architectural model is based on the automated scaling listener and resource replication mechanisms. The automated scaling listener first determines when to trigger resource replication for deploying the server in cloud. Next, when the additional resources (i.e. servers) are ready in the cloud, it redirects requests to those servers along with the on-premise servers.

In steady state, A10 Lightning ADC will front-end the application traffic and will monitor for server latency. An application server instance is expected in the AWS account in stopped state so it can be started by the Lambda function as needed.

A10 Lightning ADC optimizes the delivery and security of cloud-native applications and services running over public and private clouds. For organizations embracing the cloud and application-centricity, A10 Lightning ADC increases operational efficiency, offloads cumbersome tasks from IT administrators and reduces risk.

AWS Lambda is a compute service from AWS that lets you run code without provisioning or managing servers.

AWS Lambda executes your code only when needed and scales automatically, from a few requests per day to thousands of requests per second. You pay only for the compute time you consume. There is no charge when your code is not running. With AWS Lambda, you can run code for virtually any type of application or backend service — all with zero administration.

AWS Lambda runs your code on a high-availability compute infrastructure and performs all the administration of the compute resources, including server and operating system maintenance, capacity provisioning and automatic scaling, code monitoring and logging.

The A10 Networks team has developed the code for the solution and sample configuration. The complete solution can be downloaded from the Github repository. The repository also has step-by-step guide for customizing the solution to your needs and deploying it in AWS.

To see cloud bursting in action, watch this video:

Akshay serves as Senior Product Manager at A10 Networks. His two-decade experience spans in both technical as well as business sides and in various domains, including wi-fi security, social networking, online retail, cloud applications and application delivery. He is a startup enthusiast and have been founding team member of multiple companies. He loves blogging and teaching on technical as well as non-technical topics via meetups and other platforms. Read More