Email is one of the most commonly used and visible services provided by an IT department. Half the world’s population uses email. There will be over 4 billion email users creating 320 billion emails per day by 2021.

An email system consists of the following main components:

For on premise deployment of an email system, there are solutions from different vendors. The market leader is Microsoft Exchange server, providing email, scheduling, and related tools for custom collaboration and messaging service applications. As per a Gartner research when Gartner last tracked the on-premises email market back in 2012, Microsoft Exchange has more than 80% market share.

The overall architecture of a Microsoft Exchange 2016 deployment is shown in the diagram below. 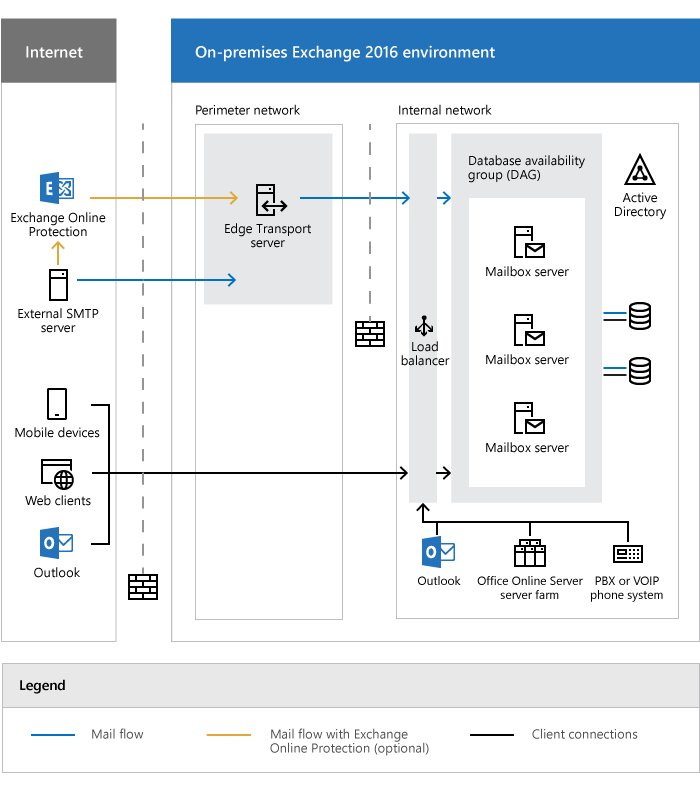 The critical importance of email within an organization requires that any Microsoft Exchange deployment meet the following requirements:

A10 Networks’ AppCentric Templates enable the deployment of Microsoft Exchange 2016 with minimal effort.This will allow you to easily deploy the ADC with the recommended security best practices without having to manually configure the settings.