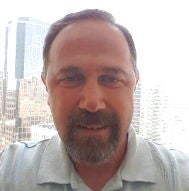 As the end of 2018 has arrived a few things keep popping on the radar screen; was that Santa and his trusty team of Reindeer? Not yet, but as Christmas 2018 passes us the hype of 5G and the growth of IoT is just beginning.

2019 is expected to bring us the first operational 5G networks in select areas. The development and next iteration of an evolved 5th generation network won’t be a full displacement of the existing 3rd and 4th generations. This leaves many of us asking, “what benefits and how much will this next network cost?”

Just as in years past the new will gradually replace the old. For a period of time they will need to coexist to support all subscribers and the broad diversity of the installed base. This presents an opportunity for service providers to review and adjust their strategy based on lessons learned during the earlier deployments of what worked best for their customers.

The Radio Access Network (RAN) continues to evolve. This will drive more flexible deployment options. Associated methods of support will be based on Software Defined Networks (SDN), or as some call it self-driven networks, using a mix of Virtualized Network Functions (VNF). This evolution of legacy hardware into software defined functions continues the movement of architectural changes.

In many instances the architectural focus is in the balance of two things.

More hardware will be needed to handle the adoption of SDN and VNF. This will drive even more network advancements that will then require even more software. The continued cyclic evolution and shift to a more rapid deployment will drive an increasing need for DevOps. Expect to hear more about Continuous Integration and Continuous Delivery, concepts have gained attention in the development of cloud.

The development and integration of complexities will increase operational overhead before simplifications of networks could begin to occur. The operational complexities, if not managed through self-healing and the use of intelligence, could delay uptake as the evolution of network operations is just as important as the network itself.

2018 saw a larger devotion for many of the service providers to invest in resources as the shift from “old iron” to the more flexible virtualized environments hastened. The shift is part of the bigger movement associated with decentralization consisting of deploying smaller but more capable systems to handle the increasing traffic. This is not a new trend as network tonnage continues to grow no matter what kind of carrier is supporting. The tonnage increase continues as more and more devices become available and this becomes the basis for Internet of Things (IoT).

Network Continues to Scale Out

As 2019 progresses subscribers will see 5G progress from conversation to actually supporting a limited quantity of customers. Mobile subscribers will need to obtain new devices. The work done by RAN and RF manufacturers will move from prototypes into commercial products at an increasing pace.

Debate of Hardware vs Software

5G drives adding scale throughout all parts of a network at the same time changing to decentralize many components of the infrastructure. The decentralization is forcing trade-offs between high-performance purpose-built hardware and the use of software defined solutions.

The trade-offs and costs will remain hot topics for years to come as custom hardware remains a leader in many instances. Virtualization will move further ahead into containers and orchestrations to knit cooperative suppliers into a cohesive scaled solution.

Talks regarding radio spectrum, who has what frequencies, and how they should be used, will keep the government around the world involved. WiFi offload and interconnects between public and private networks will continue to improve coverage.

The story of wireless mobility coverage will be a very interesting topic to watch unfold. 5G deployment topologies will fight to cover every inch of the major populations. Rural areas will have the most to gain.

Subscriber counts will not go up as much as in years past. Saturation of connected individuals is reaching an all-time high although the count of connected devices will increase at a more rapid pace, aka IoT.

With the increase of IoT, DDoS attacks will grow in frequency and scale. More devices going on-line places even more pressure on service providers to increase their ability to combat DDoS attacks.

Look for the development of small cloud datacenters located at the edge of the internet, also known as cloudlets or mobile micro-clouds. This edge or fog computing model is an extension of existing cloud infrastructure. They will improve the latency of services for mobile devices.

The adoption of 5G creates the demand to off-load resource intensive services to the network’s edge. Cloudlet deployments will have to be very agile, so they can be quickly provisioned to adopt to a rapidly changing market. Because of this, they’ll be based the container architecture.

Paul Harms is a Sr. Systems Engineer for A10 Networks responsible for Global Strategic Accounts. He has over 25 years of experience in the Technology field, and has been with A10 Networks since mid-2016. Paul has 16+ years of telecommunications experience supporting a Tier 1/Mobile Service Provider from inside the network core focused on IP designs - focused heavily on OAMP/FCAPS & OSS/BSS architecture support. Read More