The State of DDoS Attacks Against Communication Service Providers 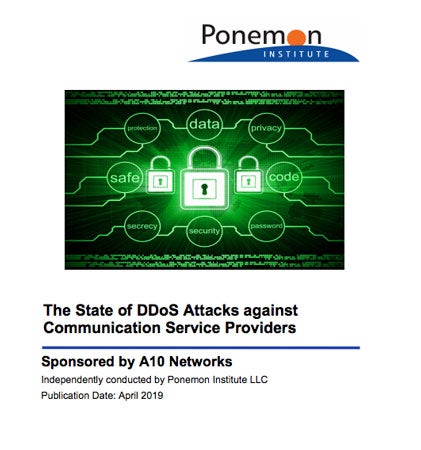 According to a newly released Ponemon report, 85% of service providers who responded to a survey said that DDoS attacks against their organizations are either increasing or continuing at the same relentless pace. Download this free Ponemon report to learn more about the DDoS attacks experienced by service providers and the effectiveness of their mitigation strategies.

Based on the findings, the most common DDoS attacks target the network protocol, flood the network with traffic to starve out the legitimate requests and render the service unavailable. As a result, these companies will face such serious consequences as diminished end user and IT staff productivity, revenue losses and customer turnover.

The most serious barriers to mitigating DDoS attacks are the lack of actionable threat intelligence, the lack of in-house expertise and technologies. As a result of these challenges, confidence in the ability to detect and prevent DDoS attacks is low. As shown in Figure 1, only 34 percent of respondents say their organizations are very effective or effective in preventing the impact of the attack and only 39 percent of respondents say they are effective in detecting these attacks.